Close to 2.5 billion years ago, the earth's surface and atmosphere were stable enough to support primitive life. Single-cell organisms began to develop in the seas that covered the planet. Most of them were very simple single-cell bacteria that fed on chemicals in the ocean's waters. 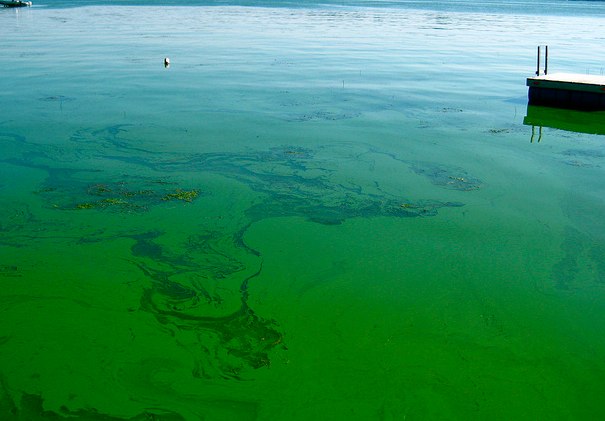 In order to study nature, scientists have classified the life forms in nature, or put them into groups. Organisms are classified according to how closely they are related. Large groups are broken down into smaller and smaller groups. A kingdom is the largest unit of classification. There are five kingdoms in nature. One of those kingdoms is Animalia, or the animal kingdom.

There are two main groups of animals: vertebrates and invertebrates. Vertebrates are a subgroup of the Phylum Cordata, or animals that have a spinal chord. These include fish, amphibians, reptiles, birds and mammals. You might not think it, but invertebrates, or animals without a spinal chord, make up most of the animal kingdom. These include sponges, jellyfish, worms, arthropods (insects, shrimp, spiders), mollusks (snails, clams, octopuses), and echinoderms (sea urchins, sea stars).

Organisms in the animal kingdom consist of many different species. Some animals most familiar to us are mammals, birds, fish and insects.

All told, around 9 or 10 million species of the kingdom Animalia inhabit the earth; the exact number isn't known. Most of them are in the Arthropod phylum, or animals with jointed legs, like insects and crustaceans. In fact, some scientists believe that if we were to identify all species in the tropical rain forests, the ranks of Arthropoda would be over 10 million! A habitat is any place where a particular animal or plant species lives. Examples of a habitat include a lake, a desert, or forest, or even a drop of water.

All habitats on Earth are part of the biosphere. Since the Earth is always changing, habitats are continually changing as well.

Descriptions of environments using temperature and rainfall are used to group habitats together. Habitats of similar climate and vegetation are called biomes. In different parts of the world, the same biome may contain different species, but will contain similar life forms. For example, trees are the dominant forms of the rain forest, no matter where the rainforest is located.

Animals, which live within a same-species group, and occupy an area at the same time, are part of a population. All members of the same population have certain traits in common. Populations of different plants and animals interact with each other, and together, these populations form communities. Plants and animals in a particular ecological community, or biome, must be adapted to the same living conditions so they can all survive in the same biome.

Many populations can live in the same area because each species fills a specific role in the community. This role is called a niche. What an animal eats, and where it eats are also part of its niche. Giraffes can live in the same area as gazelles because they eat different plants and don't compete with each other. Dung beetles bury the feces of these animals and lay their eggs in it. The hatching grubs feed on the feces. The buried feces also fertilize plants, which in turn feeds the gazelle and giraffe. Each plant and animal has its own niche in the ecological community, and is important in some way to the survival of the other.

Living organisms are usually classified as consumers (animals), producers (plants), or decomposers (fungi), depending on how they get their food. Consumers are, either herbivores, carnivores, or omnivores. Herbivores are called primary consumers because the feed directly on producers. Carnivores feed on other consumers. Omnivores eat both plants and animals. However, animals are seldom completely carnivorous or herbivorous. Some carnivores, such as bears, foxes, and the family cat or dog, will at times eat plants. Herbivores will sometimes eat small insects or grubs as well. 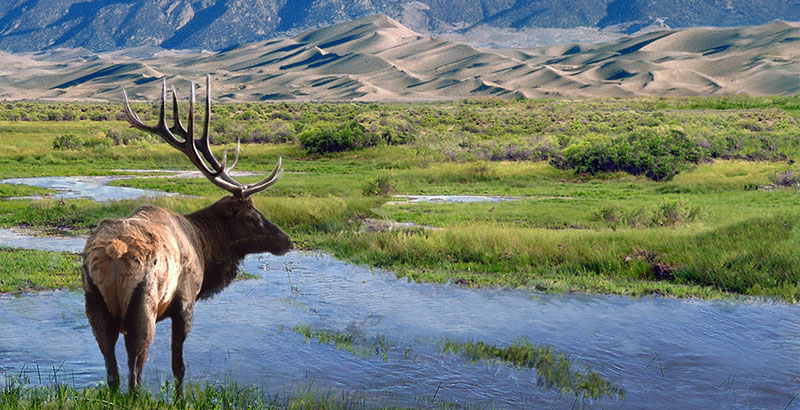 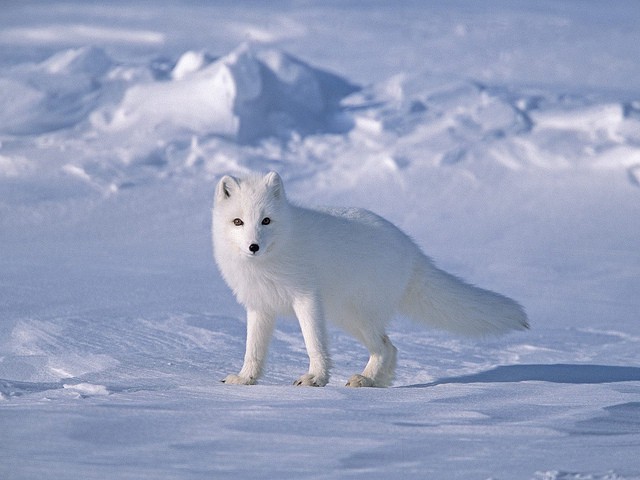 There are several limiting factors in an environment which determine whether an organism can live in a particular environment. Limiting factors on land include temperature, water, light, competition, and soil. Every organism needs certain requirements for its survival.

Most organisms can survive if the temperature is within a certain range. The freezing condition of the tundra has resulted in animals with thick fur, lots of body fat, and small ears. Animals in a desert will have large ears, like the elephant, to disperse body heat.

The amounts of sunlight and rainfall are also limiting factors for both plants and animals. Both affect plant growth. Which plants grow in a biome determines which animals inhabit that biome. For example, grey squirrels, which feed on nuts, are found in woodlands, but not in deserts where nuts aren't found.

Competition results when two different species try to fill the same niche. This usually results in one species displacing another species, or the extinction of one of the species.

Ready to see some animals ? 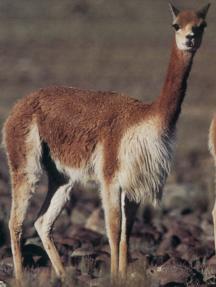 The vicuña is a member of the camel family. It is the smallest of the six species of camel, and is thought to be the wild ancestor of the alpaca. It lives on the high, grassland plateaus of the Andes mountains which range from southern Peru to northern Chile and into parts of Bolivia and Argentina. 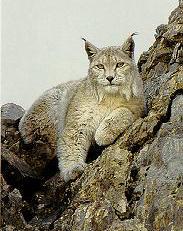 The northern lynx is basically a very large cat with a powerful body, short sturdy legs, and a very short tail. They have large heads, and long tufted ears which stand straight up. Their coats are usually yellowish-brown and white on its undersides. 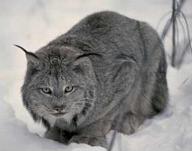 A not so common animal is the Canadian lynx. The lynx is almost identical to a regular house cat, but larger. It has a powerful body on short, furry legs attached to hefty feet, and a bobbed, black-tipped tail.